← Back to Events
Google Calendar

We are kicking off November with the Visit Grove City Book Fair! On Friday, November 4, the Visitor Center will be open from 4pm-7pm for an evening of book browsing and interacting with our local authors.

+ Barbara Whittington has been writing for 20+ years. She’s a resident of Grove City. Her work has appeared in the Cleveland Plain Dealer, the Charleston Gazette, the Christian Science Monitor, Women’s World Magazine, Cat Fancy Magazine and other publications. Her short story, Mabel and the Garage Sale was produced by British Broadcasting for NPR. The author’s books include Vada Faith, a contemporary women’s fiction, Ezra and Other Stories, a collection of eleven short stories, including the story Mabel and the Garage Sale, and a stand alone short story titled Dear Anne: Love Letters from Nam. All are available as an e-book or paperback. Available at Amazon, and Barnes and Noble online and at select book stores. Email Barbara for more information on her books: barbwhitti@aol.com.

+ David Lane is the author of Reflections of Me. Lane started his career with degrees from Columbus College of Art and Design and The Ohio State University. After 30 years of teaching art, Lane retired from Park Street Intermediate School in 2021. He is currently pursuing his passion of creating art. This summer, Lane won his first Ohio State Fine Arts Award and the Peoples Choice Award. In September, he won his 3rd Arts in the Alley Easel Award and the Peoples Choice Award. You can find his murals on Park Street and in the intermediate school building. He also has paintings in the Hayle Gallery in New Albany.

+ Darin Miller is the author of the Dwayne Morrow Mystery Series. Darin Miller was born and raised in the southern hills of Ohio and currently resides in Grove City. While he has worked in Information Technology for three decades, he has not solved a single, solitary crime to date. He enjoys reading, spending time with his family and spinning up alternate realities, one of which is the world of Dwayne Morrow. He invites you to come inside and enjoy the ride.

+ Richard Mickelson is the author of The True Tales about Richard. Mickelson was born in 1942. Educated at West Mound Street School, West High School and Columbus College of Art and Design in Columbus, OH. For a short time, he worked in the sign industry and entered the United States Navy Submarine Service in 1963. After the military service, he attended Ohio University before reentering the sign industry in 1967. For a total of forty years, he worked designing commercial signs including interiors for a grocery and dry-goods chain of stores known as Big Bear and Harts. In 1984, he became a care giver for his mother in in 1989, a care giver for his sister who passed away in 1994. His mother passed away in 2003 and he retired from the sign industry in 2005. He began working on his family history. After completing that, he began writing “The True Tales about Richard.” These are 50 amusing stories are stories of his life as a young boy, his time serving in the submarine service and later as an older adult. Enjoy!

+Books will be for sale, there will be activities for kids, and of course our store of other locally made trinkets will be open.

The book fair will continue on Saturday, November 5 with more authors and a National Bison Day Celebration. Check out the event for more details! https://visitgrovecityoh.com/event/visit-grove-city-book-fair-day-2/ 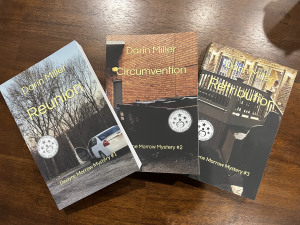 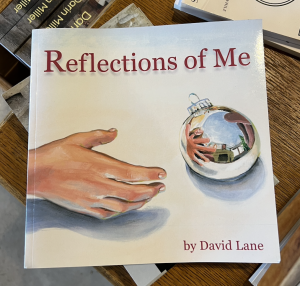 We are judging the Grove City Holiday Festival of

Our first Maker’s Market was a hit! @guideandgea

The Nationwide Children’s Hospital Butterfly is

Wilson's Wood Shop is our newest vendor in the @gu

Light up the Lawn, Light up a Life 🦋 We are so

It is officially December! Presentsforpets.org box