See What You’re Missing in the Grove

We recently received CityScene‘s July 2014 issue, which featured the annual reader poll, “Best of the ‘Bus.” Spanning 70 categories, the article lists Central Ohio fan favorites of categories such as “Best Local Band,” Best Classic Cocktails,” and “Best Food Truck.” We were overjoyed to find that Grove City had winners in SEVEN categories! Congratulations to the winners and a huge thanks to all those who voted! 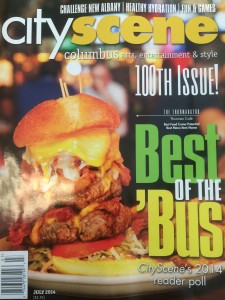 We might be a little biased, but we think our city is pretty great. Come see what you’re missing in Grove City!