Read, set, read!  We are excited to announce the upcoming release of a second Grove City book in Arcadia Publishing’s Images of America series, available the week of August 24th.  Images of Modern America: Grove City was Co-written by local authors Laura Lanese, Janet Shailer, and Kelli Milligan Stammen; the book uses 158 unique images to explore the momentous growth and development of Grove City from 1952 to present.

To celebrate the release, we are hosting a Book Launch Party at our Visitor Center located at 1600 Gateway Circle on August 28th from 5pm to 8pm.  The authors would like to welcome businesses, residents and visitors alike to join in the festivities that will include locally made food from Zamarelli’s Pizza Palace, Lollipop Stop, China Bell and meat and cheese trays from Plum Run Winery.  Also, there will be wine(!), giveaways and, of course, a book signing.  You won’t want to miss this exciting opportunity to network and share in on the fun.

To get everyone warmed up, the authors are giving away a copy of the book to one lucky reader!  Entrants simply need to follow the steps through the rafflecopter tool on our blog to earn entries into the contest.  Additional entries can be earned daily, with new methods of entry released along with each our new blog posts over the next three weeks.  The winner will be announce at the Book Launch Party on August 28th!

From the back of the book:

Carved out of Ohio’s wilderness in 1852, the village of Grove City welcomed industrious laborers, farmers, and German immigrants. The arrival of the railroad and the interurban brought commuters willing to travel from Grove City into Columbus. The 1960s saw the construction of Interstates 71 and 270, which spurred the community’s growth. Though its population has surpassed 37,000 residents, Grove City has retained its small-town appeal while offering residents and visitors a revitalized town center, a major arts festival, and the “world’s largest” alumni softball tournament.

The images in this book were selected from the Grove City Library’s Attics to Archives collection. 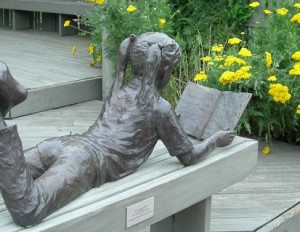 History, fitness, gardens, and a soul searching stroll, Gantz Park has multiple layers to explore, whether you’re an out-of-town visitor, a Grove City resident, or a neighbor from another Central Ohio community.  The Gantz Farm House, on the National Register of Historic Places, sits in front of the Garden of Yesterday, the Garden of Today and the Garden of Tomorrow, where visitors can learn about the evolution of horticulture.  Just behind the garden is the labyrinth, a place for reflection and meditation..or a fun place for the kids to run!  Speaking of running, we think the scenic views beneath the shade of the trees throughout the arboretum make for the perfect place for a jog.  Whatever satisfies your outdoor geek, you are sure to find it here.

“Pictured here are volunteers Jan Noltemeyer and Keith Monteque dressed up as Mr. and Mrs. Gantz at the Herb Garden sale at Gantz Park in May 1995 (photo 439).   Gantz Park on Home Road can trace its origins to the family of Andrew Gantz, who settled in Grove City in 1817.  Gantz was originally from Washington County, Pennsylvania and bought his land from Franklinton businessman Joseph Foos for $5 per acre.  The property had originally been part of the Revolutionary War land grant to Col. William Washington, a relative of President George Washington.  Adam Gantz and his wife Catherine built their home on the 200-acre property in the 1830s.  The Gantz family lived in the farmhouse until 1973 when they donated the home and 10 acres to the city for a park.  The community held many fundraisers, including maiwein (May wine) festivals to fund the rehabilitation of the property and install the many amenities now part of the park.  In addition to the herb garden and the many other gardens, the park includes an arboretum, a restored barn used for preschool and recreation classes, walking trails, tennis courts, a shelter house and a new labyrinth modelled after a twelfth-century design from the floor of the Chartres Cathedral in northern France.” 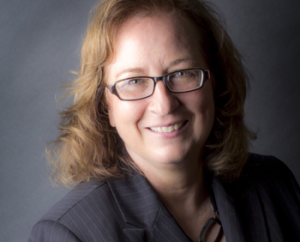 Laura Lanese has been a Grove City resident since 1999.  Prior to her arrival she worked at the United States Department of Justice as a staff attorney and has served in both the United States Army Reserve and the Ohio Air National Guard, and is currently the Grove City At-Large Council Member.  She co-authored her first book, Game of My Life, Ohio State: Memorable Stories of Buckeye Football in 2006.  As part of her media promotion she was interviewed by Janet Shailer, then editor of the Southwest Messenger.   After reading about Ruth Jividen as one of the last remaining direct descendants from Grove City’s first settler, Lanese wanted to capture the stories of the city’s founding and early history.  Grove City native Janet Shailer, whose family roots date to the 1840s, was the perfect partner.  In 2008, the two collaborated on Images of America: Grove City, which tells the history of Grove City from its first settler to its centennial celebration in 1952.   In 2014, their publisher, Arcadia Publishing, contacted them about contributing to a new series, titled Images of Modern America.  They agreed to work on this project, which covers the period from when they left off to the present.  They brought in Kelli Milligan Stammen to work on the series with them.

Don’t forget that we are hosting a Book Launch Party at our Visitor Center located at 1600 Gateway Circle on August 28th from 5pm to 8pm at which time we will unveil our brand-new Visit Grove City Mural live on Periscope!

In honor of the release of this fabulous new book, the authors are giving away a copy to one lucky reader!  Entrants simply need to follow the steps through the rafflecopter tool below to earn entries into the contest.  Additional entries can be earned daily, with new methods of entry released along with each our new blog posts over the next three weeks.  The winner will be announce at the Book Launch Party on August 28th!